I'd been getting the wheels in motion for the party. Spencer was so preoccupied I could barely consult with him, so I took the decisions by myself, as he had snappily suggested when I’d asked him a couple of simple questions about tables and menus.

Things snowballed slightly, which Spencer had virtually sanctioned by suggesting the Embassy people. The Simpsons and the Greens and the Aldertons were on the list. 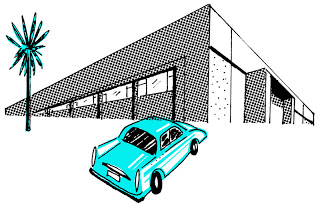 For a distraction from party planning I met Gloria-Jane at the Artemesia Club – I wanted her to inspect the decoration with me. As President of the Club Spencer wasn't taking his responsibilities seriously enough. It was looking awful; tatty and old-fashioned. Even the big steps outside and the concrete entrance arch were chipped through the white paint to layers of colour that had been tried in previous years and even to the concrete in places. The interiors were beyond out-dated. I wanted to have a plan ready to present Boyd Gentry with when he arrived to take up the reins as the new manager. Someone needed to take matters in hand.

Lying on the terraces after a swim, a snack, and a bit of a gossip with Joan, who was heading off to buy some especially powerful new antiseptic she had heard was available at the Ahmadi suk, Gloria was curious about my interest in Boyd.

‘I've got a tiny plan. Gloria-Jane, don’t you think Boyd sounds PERFECT for Genevieve? After my success with Delbert and Clara, I'm going to sort those two out. And this time I'm not going to let a friend of mine marry someone who will not let her come out when I need her. When they're married she’ll either stay at the school, or come and help him out at the club. He'll be busy here in the evenings, so she’ll be able to come to dinner parties when my numbers are wrong just like Clara used to.’

'And I've got more plans! I've decided on a theme for the party – I'm going to do Medieval. People are more relaxed when they’re dressed up. And I'm inviting Absolutely Everybody. And you and me are going to have matching costumes.'

Gloria-Jane was happier about this. 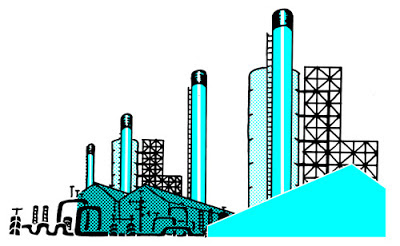 That evening I tried to tell Spencer about the party, but it was pointless. So I gave up, and asked him what was on his mind.

'I'm beginning to dread that noise as V.N. tears off the morning messages from the telex machine. I can tell when he thinks it’s especially bad – it’s as if he tries to knock and walk in more quietly, as if the news will disturb me less.'

'Heavens! Well, not to worry. Nothing like a nice big party for taking people’s minds off their troubles.'

I kept using the word 'big' to describe the party to Spencer. Because he wasn't letting me talk about it I was afraid he would be startled on the day. I didn't think the war thing would come to anything, and if it did, how could it affect us? We had lived through a real war when we were children and teenagers. The Kuwaitis were on to an incredibly good thing. They had the oil; we had the know-how. Without the company Kuwait couldn't make the oil into money. What were they going to do? Chuck us out? 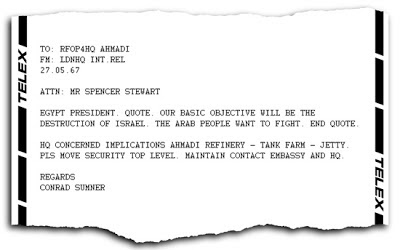 Gloria-Jane and I had sorted our outfits at the Ahmadi tailors. They didn't exactly match, but chimed. Gloria-Jane's was bright orange, mine was pale green and they were the same shape and material – shiny satin with sweeping sleeves and hems. Hers had a frill at the neck and black trim and mine had a collar and gilt trim. We both had tiaras. We were queens. Or princesses? We got Spencer and Melvin matching black tunics with silver thread woven in and enormous black tights. Rather absurd. We had great shoes to match the dresses too, and the men had silly black pointed ones.

ROBIN
I love that Connie is always here. She lives in two little rooms off the courtyard and she has another one for her hole in the ground where she washes and goes to the toilet. There are metal bits with ridges so you can’t slip either side and a hose. Some of the people have two servants and one lives in each room and they share the room for washing and going to the toilet. Connie likes her rooms and so do I – she has so many lovely things in such a small place and it’s so cosy. I don’t often go there though and most of the time she is in the kitchen, but if she's not she doesn't mind if I go out of the kitchen into the courtyard and call for her. We have air conditioning, so I'm never really hot inside at home. I like Connie’s water thing with straw that makes her room cool. It’s a wire box with straw and water going through it and a fan that she told me makes the water go into air and makes the air colder. She doesn't have any windows so that helps to keep her rooms cool too.

Spencer came home from work all het up.

'Cleopatra. I hear we’re not having a dinner party; it seems we’re having a Medieval Banquet!'

‘Ooh, that's a good name for it, excellent idea. But I'm afraid it won't really be like a banquet. There’ll just be bits and pieces to eat. But with your fingers, you know, so that will be medieval.’

‘And apparently everyone at work is invited, so people came up to me all day, saying ‘Thank you so much for the invitation. It sounds SO jolly’.

‘I've got a nice outfit for you to wear darling’ I said. Spencer gave a small groan of frustration and walked away singing softly to himself.

Outside was lit with candles and inside with Christmas fairy lights – I borrowed every single string anyone would lend me. There was a long table dotted with food but no cutlery. I had got my friends to come early so it would look as if the party was in full swing whenever the important guests arrived. Never hard to persuade them – they knew there would be a full bowl of Flash fruit punch. I had experimented with the Flash punch and had adapted it by using Canada Dry ginger ale and mostly apples cut up instead of a mix of fruit as I usually did. I called it Medieval Mead. Gretchen arrived dressed in the usual caftan, with extra brocaded braid for medievalness.

Joan didn't look very medieval either, and only had one concern: ‘But can I use cutlery? I don’t think it’s very sanitary to eat with your fingers. I can use your Dettol can’t I?’

Our ayah Constance was used to Joan raiding the under-sink cupboard.

Candida couldn't come after all, fortunately, as she had been called back to London to help out with her father’s funeral. He had been terribly old, and infirm for ages I’d heard, so quite a blessing all round.

By nine in the evening the party was getting crowded. I was getting Robin to come with me round the room while I talked and she handed round food. We found Genevieve in the corner of the room. She was engaged in that tempting party activity for the shy - pretending to read a book. In this case ‘The Comedians’ by Graham Greene. She was wearing glasses, which slid repeatedly down her nose as she peered down at the book, pushing them up every time she turned a page. She looked unlike any other woman there, and utterly adorable, obviously wearing the only thing she could find that might be suitable for a night out, totally missing any nod to the medieval theme. It was an old-fashioned tight black satin evening dress, long enough to drag on the floor. I think it was meant to be worn with high heels and that she didn't have any. I was pleased that it was black, as I was still sure that she should stick to black or white. It had a very low neckline, and she had tied a tiny pink shawl in a knot under her chin in a failed attempt to cover her cleavage. Her hair was pinned up, but without hairspray was collapsing onto her shoulder on one side and beginning to leak brown hairpins, which didn't look good on the red hair.

‘Cleo - on the invitation you did say to bring someone, so I thought I'd ask Bill Kirkwood, you know, Bergan’s father, the boy who's in Robin's class at the moment. I'm so worried about them - Bill's father is really ill, so he had to bring Bergan from Texas, where he normally stays with his grandparents when Bill has to travel for fires. I think he’s going to have to bring Bergan too, they've got no-one here. I didn't mean to be forward by asking them but I think they're lonely. And you did say I could ask someone.'

'We saw him at the Artemesia Club that day. He was there with Bergan. Oh, I should have asked...’

Clearly my face wasn't being quite as poker as I might have hoped. Boyd would be arriving any moment, and Genevieve was going to ruin it by having a cowboy and a child in tow. I pretended to be concerned about Bergan, to explain my long-suffering look.

‘Poor Bergan. No, Genevieve, of course it’s ok. It’s just that the others have been told not to bring their children. Heavens, it’ll be nice for Robin, won’t it Robin? Maybe he can help hand things round with her.’

But Robin had gone.