The barbeque was bustling when we arrived – meat covering the huge grill plate on an oil drum cut in half. A group of men were clustered round it advising the host Daniel on the proper procedure. Like all the men in Kuwait, Spencer is an authority on cooking meat over a fire, so he joined them. Robin ran off into a corner of the garden with a gaggle of friends from her class, Vaughn Flinders tagging after them. He was in their class too, but he didn’t seem to fit in. Once the adults had finished the serious cooking of the evening the older children would take over, with a supply of marshmallows. I’d never tried it but my son Richard had told me that grilling a marshmallow requires a great deal of skill; leave it too long and it burns and falls in, take it off too quickly and the inside doesn’t melt. 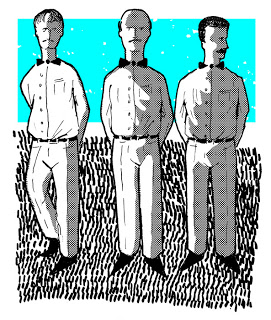 There were waiters popping up everywhere – you don't really need them for a barbeque but Gretchen wanted enough matching plates and the waiters can bring all that kind of stuff with them from the Company Guest House when you employ them for the evening. They kept picking up plates and glasses and carrying them off to the kitchen whenever you put them down.


After admiring Gretchen's kaftan and making a quick social sweep of the people I hadn’t seen for a while I settled into a good long catch-up with Gloria-Jane and Joan. I tried to talk about Spencer's work obsession. The tank farm extension, fresh discoveries in the oil fields, the jetty services... But Joan interrupted to tell us her latest health worry. Honestly, her family looked as if you could see through them – I blame it on the disinfectant they ended up eating off their plastic plates, soaked in Dettol before every meal. Their eggs were stored in Dettol. Her twins Mary and Sandra seemed to have about half the life in them combined that Robin did. Until I met them I thought twins were more interesting than ordinary people.

Gloria-Jane wanted to complain about her funny eager husband Melvin. He grew a different style of facial hair every year - beginning at Christmas and shaving it off at the first shamaal of the summer holiday. It was particularly unattractive in 1967 – enormous ugly curly side burns – good job (or bad job I suppose) he worked in the field – they didn't allow beards, moustaches or side burns in any of the offices. Gloria-Jane said his drinking was particularly unattractive too; he always seemed the same to me.

Vaughn Flinders was bothering a group of small children, bow and arrow in hand, always some kind of threat. His parents never seemed to be concerned about his annoying behaviour. Personally I do not know why they didn’t just get something done about those ears. I know some people would say it doesn’t matter as much on a boy as a girl, but then again a girl could cover them up with some kind of hairstyle. He’s so pale, and when the sun shines through them they positively glow, a most unfortunate effect.

I took the weapon off him.

‘Heavens Vaughn, leave those poor little boys alone, they don’t want to play bows and arrows. Go and get a drink for the children, they are your guests.’

Gretchen doesn't keep him occupied enough. I’ve often heard him whining about being bored. Robin and Richard are never bored, and if they were I’d get them to tidy their rooms or help Constance.

ROBIN
I went into the house to get some orange squash. There was a door just a crack open into another room and I saw Vaughn looking at some papers. Then he suddenly sat down, right on the floor. He looked really ill. I took him some water, like Connie does when I get dizzy. He was angry and then told me what happened. He found something in Uncle Daniel’s old attaché case which said he’s adopted. He thought there was something wrong but he wasn’t sure what. He noticed his parents don’t seem to like him much. I wondered if it would help to say nobody likes him much and say he could try to be nicer. He said he’s never going to talk to the people who are not his parents again. I don’t like Vaughn, but it’s good to be nice to someone who has suffered such a disaster, when my life is so nice. Auntie Gretchen, who isn’t his mother after all, is fat, and she wears stupid kaftans. She teaches us French and gives sweets to the people who get it right and Vaughn never gets it right. I offered to lend him some of my best books.

Once I’d got rid of Vaughn, we got back to talking.

‘Spencer's worried about something new that came in by telex. He makes such a fuss about this work stuff.’

The company communicated by telexes; if Spencer sent a telex to London Head Office the reply usually came overnight. This was the conversation I wanted to pursue, but no-one else did, so I ended up solving their problems.

‘Joan, just don’t worry. The dogs never get into the house and you never walk outside. You can’t get injections for everything. If a dog does bite one of you, that’s the time to consider a rabies jab. It was no trouble that time Robin got bitten on the way to school.’

Always a new worry, with Joan. I was glad I’d been able to clear that one up.

‘Gloria-Jane, don’t you think you should just give him an ultimatum? You know, either he shapes up, gives up the daytime drinking or no more, you know, favours.’

According to Gloria-Jane, they had sex at least every other day, with a selection of what she called "favours" on a rotating basis. I refused to let her tell me what the favours were, which was perhaps a mistake, as I didn't know how far what I was imagining differed from what went on. I regularly suggested the withdrawal of sex or favours, but she said she wanted to stay married and anyway she’d miss it as much as he would.

Gretchen soon joined us, although she ought to have been supervising the food, drink and guests. After a while we eased off the chairs onto the lawn. Gretchen's kaftan made it easy for her to lounge and retain her dignity, while my short shift dress wasn't quite so easy to stay decent in.

'When Clara phoned to say she couldn't come this evening she told me Delbert's nephew Boyd is going to be the new Artemesia Club manager. Apparently he has been having some kind of problem with his previous work.'

Although I was annoyed at this proof of my slipping friendship with Clara when only a few weeks before I had known everything that went on in her life, it was good to imagine that someone with some sense would be running the Club.

The four of us settled into a tight group on the grass. We talked about a plan we had to go shopping. Ahmadi’s company-built souk was our everyday stop for food and drink and toys and cleaning equipment. We liked 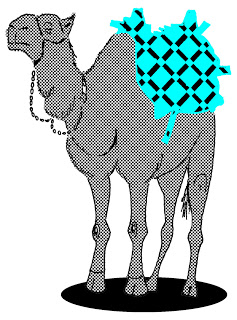 shopping together at the tailors in Fahaheel where camels shuffled, kicking up the dust in the middle of the deeply rutted street, between the chipped concrete fronts of the shops. The buildings and the sand were off-white and grey while the dark blue sea glittered at the bottom of the hill and the advertisements plastered on the walls and the signs over the windows sang out in bright colours.


Best were our excited rare expeditions to the riches of Kuwait town where it seemed that every day a street was being transformed – more water pipes installed, each new building taller than the last. Until 1962 water had been delivered in lorries so the changes were extraordinary. We accumulated stuff to add to the stuff we had brought from England. Mine was cool, contemporary, American, properly 1960s. Gloria-Jane’s house was full of gadgets and novelties. I was always looking for up-to-date objects, clothes and furniture, Gloria-Jane for something funny, something time-saving, Joan for magical new germ-repelling substances. Gretchen liked to come with us but she never shopped. She already had everything she needed.

We stayed until dusk fell; one of those long friendship-filled evenings. We all talked for hours to our friends, and were full of news on the way home. We'd arranged to pick up Ingrid on our way to the Yacht Club in the morning. Robin mentioned her worries about times tables again, then fell asleep just as we arrived, and Spencer carried her in, hanging out of his arms like a sailbag.