The memories of Cleopatra Stewart, Company Wife to Spencer Stewart, mother of Robin and Richard. 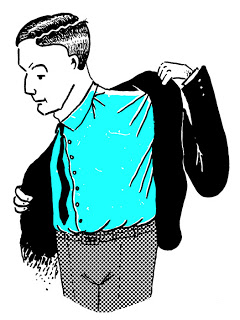 I was at the door to meet Spencer as he swung through the porch into the bungalow.

‘Ow. I wish you’d put down your attaché case before you hug me. You've hit me on the back again. Nice cup of tea darling?’

He put the case neatly by the door, ready for the morning. Constance would bring tea out to the veranda. Most people had ‘gin and tonic’ when the husbands got home - the Americans brought something from the US for mixing into home-made Flash which was supposed to make it taste like gin. Spencer and I avoided this vile stuff whenever possible, preferring fruit punch - Flash with juice, lemonade or other soft drink, and chopped-up fruit. In any case we never drank alcohol when we were at home and had no guests. Before we’d moved to Kuwait in 1963 Spencer had visited a few times and been horrified by how much the ex-pats drank. We’d decided to stick to tea, as his parents had always done. In my parents' circles it seemed impossible to eat without wine, to end a day without pontificating over a whisky or brandy.

I ran our home-distilling on a day-to-day basis, but Spencer oversaw the process. The element at the base of the still was over-heating and Spencer thought we should embed it in heat-diffusing material.

He dropped his jacket on the settee and we went outside. Constance set the tea down - we sat and admired the sprinkler-maintained miracle of our green lawn.

'Change and decay in all around I see' Spencer said, for no reason. 'How was your day?'

‘Strange. I went to the Club with Gloria-Jane and Robin's teacher Miss Cardinal. Her name is Genevieve! And I went to the toyshop this morning. It was so funny. I said “A gross of marbles please” and the shop keeper didn't turn a hair, but while he was boxing them up one of the Palestinian operators from the refinery came in, I'm not sure which one but I know I've met him with you. He said “Good morning, Mrs Stewart. Whatever are you buying so many marbles for, if I may ask?”. Well I went bright red. I said I was buying them for the children to play with. He must have guessed it wasn't - do other people use marbles for their stills?’

‘No, all my idea. Those hours in Stockport Grammar and the labs at Cambridge weren't totally wasted. I wonder who it was. Did he have glasses?' He sipped his tea. 'Most of the Palestinian operators seem to have quite a western view of alcohol.'

He took off his tie and put it on the table. I enjoy the unsmartening of Spencer in the minutes after he comes home.

He sighed, deeply, and undid the top button of his white work shirt.

‘It's Wednesday. You're always tired at the end of the week. But going out does you good.’

‘Oh, this is different. I mustn't tell you about it. But when I got in there was a telex that had come overnight...’

‘Oh? Well, we obviously might as well go out, if you’re not going to talk to me in any case. Everyone will be there. Well, not Clara and Delbert – she said it was too far to come in from the embassy. I miss her.’

‘Gretchen Flinders never invited Clara before she married Delbert and the embassy and went up in the world. You were the only one who thought an unmarried school secretary was worth inviting.’

‘I almost regret getting Delbert and Clara together, it has been very much my loss. What will I do when I need to make up numbers for a dinner party now?’

‘I'm not sure that Delbert and Clara owe their entire relationship to you, Peggy, though I know you think you masterminded the whole thing.’

‘Goodness, it was all me - constantly arranging for them to meet, inventing sweet things the other had been saying about them. Anyway, about this evening, Gretchen and Daniel will be thrilled if we turn up – I told her we might not, as you’re so bothered by work recently.’

Spencer squeaked, in a rather unmanly way. And sighed, and asked,

‘Can we take Robin?’

‘Heavens. I wasn't planning to, but OK, why not? It’s Thursday tomorrow, so it's the weekend, no school. It would be a treat for her, and I'm sure there’ll be a whole gang there, half of them seem to schlep their children round everywhere.’

‘Not everyone is lucky enough to have a Connie, are they Connie?’ Spencer asked Constance as she bustled onto the veranda to see if we'd finished our tea.

Constance was our Indian live-in ayah. The houses were planned with a courtyard joining on to the kitchen, and around the courtyard there were rooms for storage and for staff. Gloria-Jane’s Indian cook Philip had found Constance for me in my first month.

After she'd gone back to the kitchen I replied, ‘Well, it is true that Constance is unusually trustworthy.’

‘I think she loves Robin as much as she does her own son.’

Well, since her son was far off in Bombay, that wasn't saying much. Constance showed Robin off to her friends as her own, it seemed to me, but I am not a possessive woman (unlike some) so I was pretty relaxed about that. I hated it when Constance grabbed Robin’s cheek between her thumb and forefinger and shook Robin’s head till it looked as if it was rattling on its neck. I think she was showing off how much flesh Robin had on her. Made me a little queasy. Robin's diet’s not fantastic and she does incline to puppy fat. I don’t know where she gets it from – I have never gained a pound in my adult life, and Spencer is as thin as a stick – rather wish he wasn't, actually.

I went into the kitchen to tell Robin about the evening and found Philip with Constance watching Robin eat. He wasn't that happy at Gloria-Jane’s and I was fine with him visiting Constance. Robin was finishing her boiled egg and bacon tea. She ate the same thing every meal - ridiculous, but Constance couldn't say no to her. Constance got pudding out of the freezer compartment.

And she gave Robin an enormous slice of Arctic Roll.

'Would you like to come with Daddy and me to Auntie Gretchen and Uncle Daniel’s?’

‘Oh', Robin looked up with ice cream and jam on her face. 'Connie and Philip were going to teach me a new card game and listen to my times tables.’

Robin gobbled down the Arctic Roll and leapt up.

‘Alright then! Do I need to get changed?’

‘Yes, darling, you certainly can’t go like that.’ She was wearing an old dress of mine that came down to her ankles and was falling off her shoulders. Anything I didn't use any more went into the dressing up box in her room and was liable to make appearances unexpectedly. There was a strict rule that these clothes did not go outside the house and garden.

‘What shall I wear?’

‘Is it a party? Shall I wear my new party dress? What are you going to wear? Shall we look at your clothes first?’

I love it when Robin gets interested in clothes. After all those boring years with Richard – mostly grey shorts, white shirts, a tie for a special occasion – it’s heaven. We chose almost matching yellow dresses, mine plain and hers with swirls of orange and pink. I was wearing the gold dhow round my neck as I almost always do – Gloria-Jane gave it to me for our first Christmas. She knew how much I loved the boat-building area just out of Kuwait town – it’s a little bit of the past still here. The old boats have almost gone now, and they all have engines – you hardly ever see them with their sails up like mine. It has sails on one side and you can see the tiny gold rigging on the other. Robin wore some plastic beads and bangles and to please her I wore a bangle too.

Spencer had changed into his red T-shirt and khaki trousers. He held out a crumpled piece of paper.

He dropped it onto the coffee table.

'Mine eyes have seen the glory' he growled in his bass baritone voice and smiled as we drove off in the Chevrolet, Robin sitting in the middle of the back and clinging to the backs of our seats to press herself forward between them and into our conversation.  It was hard to turn round because we were pinned by our seat belts - we got them soon after Spencer had been called in to identify a friend who had been killed when his car rolled off the road between Ahmadi and Kuwait town. He’d never told me what that was like, and we always wore the belts.