2 - The Best Life Anyone Has Ever Lived 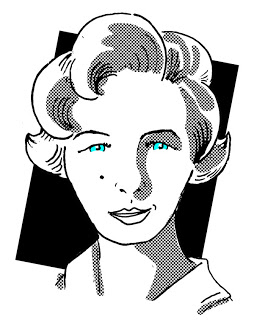 The air becomes visible, even inside the house. A mist, then a yellow light. The sand invades the house, pushing past the wet towels lining the rattling windows and doors. We force smiles in case the children are scared. But there is something exciting about it. It’s out of the ordinary. We could never have dreamed this. Like everything about our life in Ahmadi. The sandstorm passes, the dust subsides, the sky is blue. Everyday life begins again.

ROBIN
I love the word ‘shamaal’ and I like the way it fills everything – nothing happens just the sound of the sand and the wind on the house. It’s dark in the day, a funny yellow dark. The air tastes weird. We all go very quiet, and sit by ourselves. I curl up and read and there is nothing else. It bugs me after when there is sand everywhere, and everyone is cross, but Mummy and Connie sort it out quickly. Daddy says there are different kinds of sandstorms and they have different names, but we always call it a shamaal. I like the rain too, it's a bit the same, the noise everywhere, but you can go out and be in the rain together. It hardly ever rains and it seems as if Ingrid is always here with me when it does, and we run outside and laugh and dance on the concrete by the side of the house and splash in the puddles and put our faces up and try to drink the rain, and we are all rain and the world is all rain. And Mummy and Auntie Gloria-Jane sigh and tut at us, but they are laughing too.

And how did we spend the days?

We didn't have to clean our houses.
We couldn't get jobs.
Our children walked to school or went in the yellow bus.
Our meals were cooked for us.
Our houses were tidied and cleaned for us.
The men had Important Time-Consuming work.
We had money like we had never imagined.

British 30-somethings in an American town in the middle of the Middle East, a town built for oil, and for us, in a desert by the sea.

Life was simple for the men – work then play. But without a job I needed friends to entertain me, to define, support, lean on me. Friendship is a dangerous enterprise; if your friend knows too much about you you’re in her power. If you love her too much her loss breaks up your world. Make sure you have a good supply, and never get dependent.  My first friend was Gloria-Jane, whose middle-aged parents had chosen the flamboyant ‘Gloria’ in the happy delirium of her birth and added ‘Jane’ to tone it down as caution returned. She was loud, flirtatious, and soon fled from the quiet household in the quiet Scottish village for a teenage marriage to marvellous mad Melvin Tuttle.

I was named for ambition and for delight - Cleopatra, the queen bee. But was ‘Peggy’ to my husband. Gloria-Jane and Cleopatra / Peggy – a match from the first.

We collected more friends as the months and years went by – Gretchen, Joan, and Clara, our only unmarried friend. We lost friends too – to Home, to other oil countries, to illness, accident, death.

We went to the clubs the company had set up to keep us happy, and the clubs we set up to keep us busy. We prepared our older children for the flight Home to England for each school term; we longed for their return. We made alcohol in the stills that filled the showers in our bathrooms. We wrote letters in tiny writing on flimsy blue aerogrammes; we longed for the replies. We sent off films and got slides and Super 8 reels back in brown cardboard boxes, which we looked at on click-in plastic slide boxes or whirring projectors and pull-up white screens in hot darkened rooms.

At the weekends, Thursday and Friday, the men were around and choice was endless. We went to the Yacht Club, to the cinema, to the desert for picnics, to the islands for boat trips, to each other’s houses for parties. The photographs and films are of those times, the times when the men were with us. Because the cameras belonged to the men, because the men took the photographs and because we never thought of documenting our life in between.

We viewed our lives through the lens of our friendships, shaping events into anecdotes as we lived them. Telling and re-telling. Building the mythology of friendship to replace the dull history of families so far away. We were happy to forget our straightened suburban 1940s childhoods, our austere 1950s adolescences and our earnest early years of marriage. We had never dreamed that our unsurprising husbands would bring us to this most surprising life. 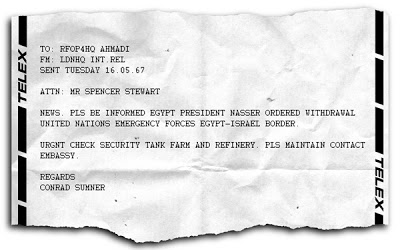 I had first seen Genevieve a week before her visit to our house. I'd wanted a little talk with Robin’s new teacher Miss Cardinal about the ridiculous process of times table learning they were grinding through. I imagined our conversation.

'Yes, I agree that my daughter does not know her tables, but is there anyone else in the class who can do the sums quicker? I rest my case.'

But Miss Cardinal was too busy; I'd forgotten she had other children to teach. Looking through the glass panel on the classroom door as the officious receptionist practically manhandled me out, or tried to, I saw she seemed preoccupied with a pretty little oriental boy I’d never seen before. I'm not an interfering mother, but I do make it my business to know all the children in Robin’s class and a little bit about their backgrounds. It's one of the things that's difficult for me about Richard being at boarding school - I only know what he chooses to tell me about his classmates.

Robin came home from school wondering what I had been doing gesticulating outside the door. So I told her about the times tables and asked about the boy. She said he had just arrived that day and none of them knew if he was staying. Name of Bergan, she claimed. Father working for those cowboys who ride into town (or rather into the oil field or the tank farm) to put out fires. The oil industry has a very rural vocabulary.

I remembered the things Robin had told me about Miss Cardinal,

‘We think she looks sad sometimes.’

‘Glenn says she stays in the classroom for hours after we’ve gone.’

A lovely young woman devoting herself to young people at the expense of her own social life, perhaps even her love life. I asked Robin. It turned out the children had also wondered at the lonely situation of their adorable new teacher. They had asked many subtle and not-so-subtle questions, including the complicated,

‘If you had a boyfriend, what would you like his name to be?’

From Robin's report it was clear that this question had flustered poor Miss Cardinal, and provoked chaos, as the children clamoured around her, explaining in shrill voices that they, at least, liked her very much.


And that's why I invited her round. I needed a new friend, and she obviously did too. But now that I'd spent the afternoon with her at home and at the Club, I wondered. She had a job she seemed to love. She had no husband or children. How much could we have in common? Genevieve was 21 years old, a young 21. She was gorgeous, she was fun. But was she a mistake?